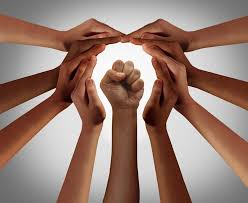 2020 has been a challenging year for human rights. The COVID-19 pandemic has exacerbated many pre-existing cases of abuse and human rights violations. However, it has also called attention to critical issues that had not been as mainstream before. Here are the main human rights issues debated in 2020:

Healthcare was, for obvious reasons, a major topic throughout the year. There are many people who do not have appropriate access to adequate healthcare, including vulnerable groups such as migrants and low-income communities. These are often populations  performing low-paid essential work, such as package and food delivery

Indeed,  the pandemic demonstrated how unequal access to healthcare of marginalized groups is not only a human rights violation but a major public health concern as well. We can consider 2020 as the year when it became apparent that healthcare should be fully recognized as a right and not a privilege, and why we should be just as concerned about the health of our neighbors as we are about our own.

Water, Sanitation, Housing, and Right to the City

Could you handle being quarantined in an over-crowded house without access to potable water or sanitation? Unfortunately, many people all over the world were not given a choice to that question.

For low-income communities in slums, sanitation and access to water became life-threatening issues.. Activists from several countries have strengthened their demands for a Right to the City, stressing the glaring inequality in housing and access to public space.

As more and more megacities grow across the world, we have to choose whether urban spaces will only reproduce inequality or if sustainable cities with participatory governance are possible.

The pandemic exposed the millions of people across the world who have no right to social protection. These people, usually informal economy workers, were left hanging during the lockdowns and forced to make a terrible choice: either stay home and risk starvation or go to work and risk infection or arrest.

In response, many countries like Spain and Brazil have begun to seriously consider universal basic income schemes. Whether or not that is an appropriate social protection measure is still hotly debated, however.

Migrants were probably one of the most severely affected groups by the pandemic. From seasonal workers stuck in makeshift camps in Spain to attacks on refugees in Greece the intersection between migration and COVID-19 has raised concerns on increasing security and protecting the right to movement

Maybe less obvious, but extremely important of the issue of privacy and data protection. Several governments have attempted to combat the pandemic by gathering health data about their citizens. Legislative frameworks, such as the State of Emergency, have also given governments unprecedented power.

The Council of Europe warned that “in some countries, the boundaries between healthcare and police enforcement purposes have been sometimes blurred.” Activists and human rights defenders are increasingly concerned with the possibility that apps and systems to track COVID-19 will be used to abusively mine data on citizens. For some, this seems like the beginning of the digital surveillance age.

We can only hope the pandemic serves as a catalyst for change and not as a setback for human rights.

What human rights issues have you been following during COVID-19?

Margarida Teixeira works for a women's rights organization in Lisbon, Portugal, that advocates for gender mainstreaming in Portuguese society and works on a variety of topics. She has previously worked for human rights and humanitarian NGOs in France and Croatia.

Finding Your Place in Academia—Lessons From the Field

Tips For Finding & Applying For The Right PhD Program